I’ve been involved with and learning from the Docker community for a few years now and it’s been an interesting ride. Going from a small project to widespread use and enterprise support, I have thoroughly enjoyed being a part of the amazing community as a Docker Blogger, Organizer and Captain. This post will share a little of my thoughts on the IRL get-togethers that are the Docker Meetups, with a focus on Docker’s 4th Birthday Party!

What I like most about meeting other Docker Community members is the energy and curiosity that they have. It’s a blast discussing with, answering and questioning all the brilliant minds that make up this community. A little over 2 years ago, shortly after I moved to the US, I got involved in the local Docker Boston Meetup and started hosting day-long Docker Workshops during the weekends which were always full of new people wanting to get their hands dirty. I gave them a Saturday of my time, they gave me endless memories of interesting and fun people yearning for more details and leaving with a full Docker setup running on their laptops (way before Docker Machine, Swarm and Docker for Mac/Windows were a thing).

As part of the Docker Boston Meetup scene I’ve listened to many extraordinary speakers talk about how Docker containers run on a world-wide network of 3D printers, how to secure them, how they are used to run large-scale CI systems and much much more. It’s been a blast and I’m really looking forward to more sessions like these. 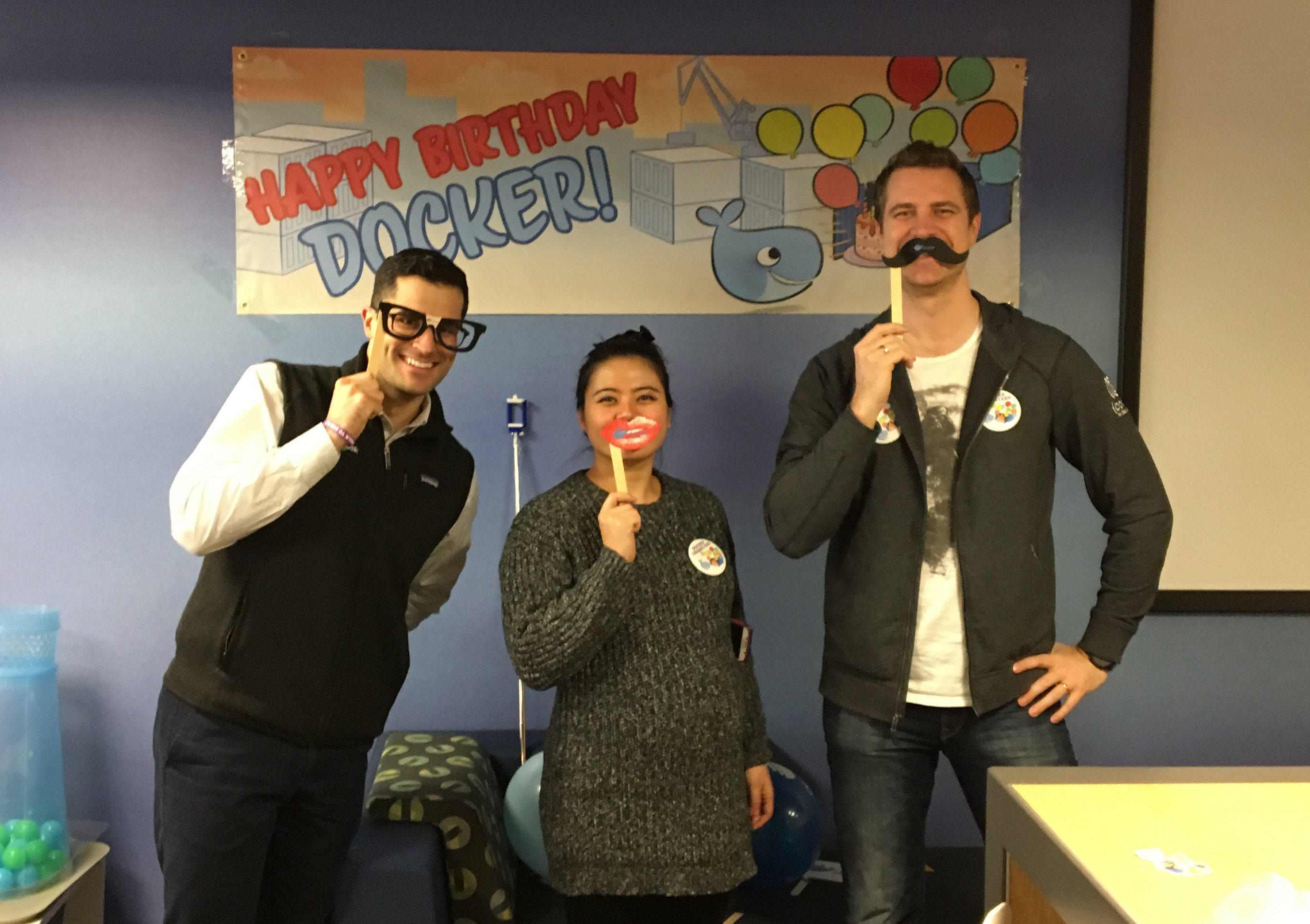 I believe my favorite part of co-organizing the Docker Boston Meetup with Michelle Lampa and Chris Graham goes back to my initial start with the community, namely meeting new people and help them discover the allure and usefulness of Docker.

That is why I really enjoy the Docker Birthdays and their learning events, and so does the attendees. We kicked this year’s Birthday celebration with an intro to what Docker is and how it works, and continued on to getting everyone up and running with Docker in a really easy way. 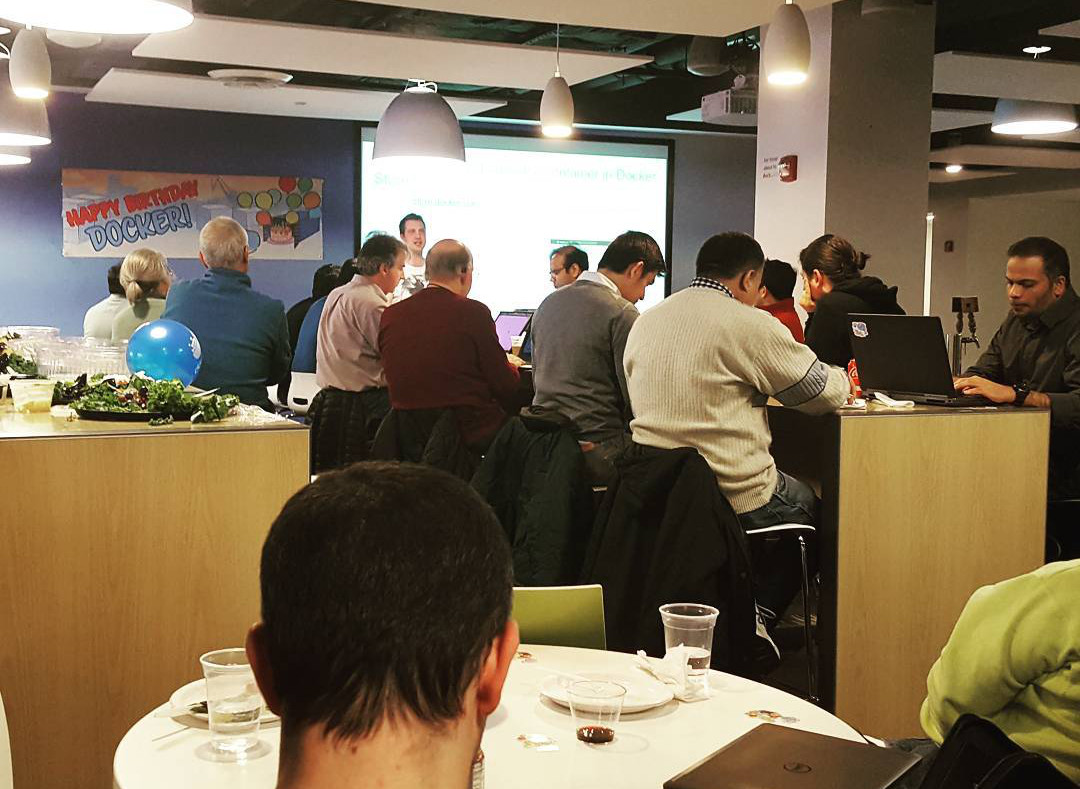 This year the Docker Birthday team used an excellent service called play-with-docker.com to make sure that we didn’t bog down the event wifi by downloading gigs and gigs of Docker images, and making sure we didn’t have to troubleshoot running Docker on a plethora of different hardware and operating systems. It just worked. Many of those that had gathered for the event told me that this was the easiest workshop setup they had ever used, and everyone was up and running within minutes of connecting to the event network.

Hats off to the team behind play-with-docker.com, excellent work! 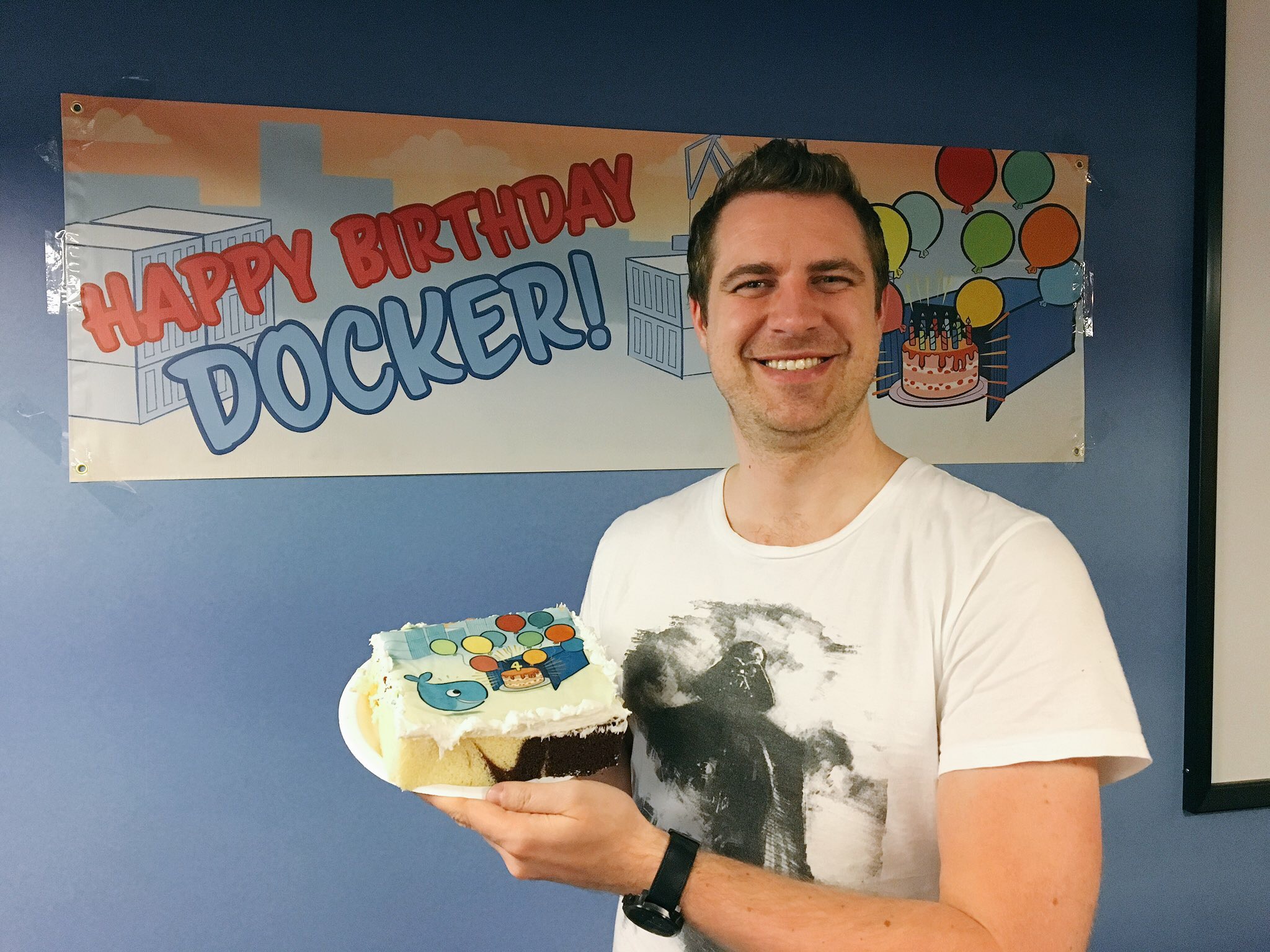 I’m excited to meet more members of the Docker community over at DockerCon in April, and I will make sure us Bostonites will bring home interesting knowledge and tips & tricks for the larger Docker Boston Meetup to gain from.

Will I see you there? Let me know in the comments or on Twitter/Slack, I’d love to meet up. And while you’re at it you can use my DockerCon code “CaptainJonas” to get 10% off your ticket!